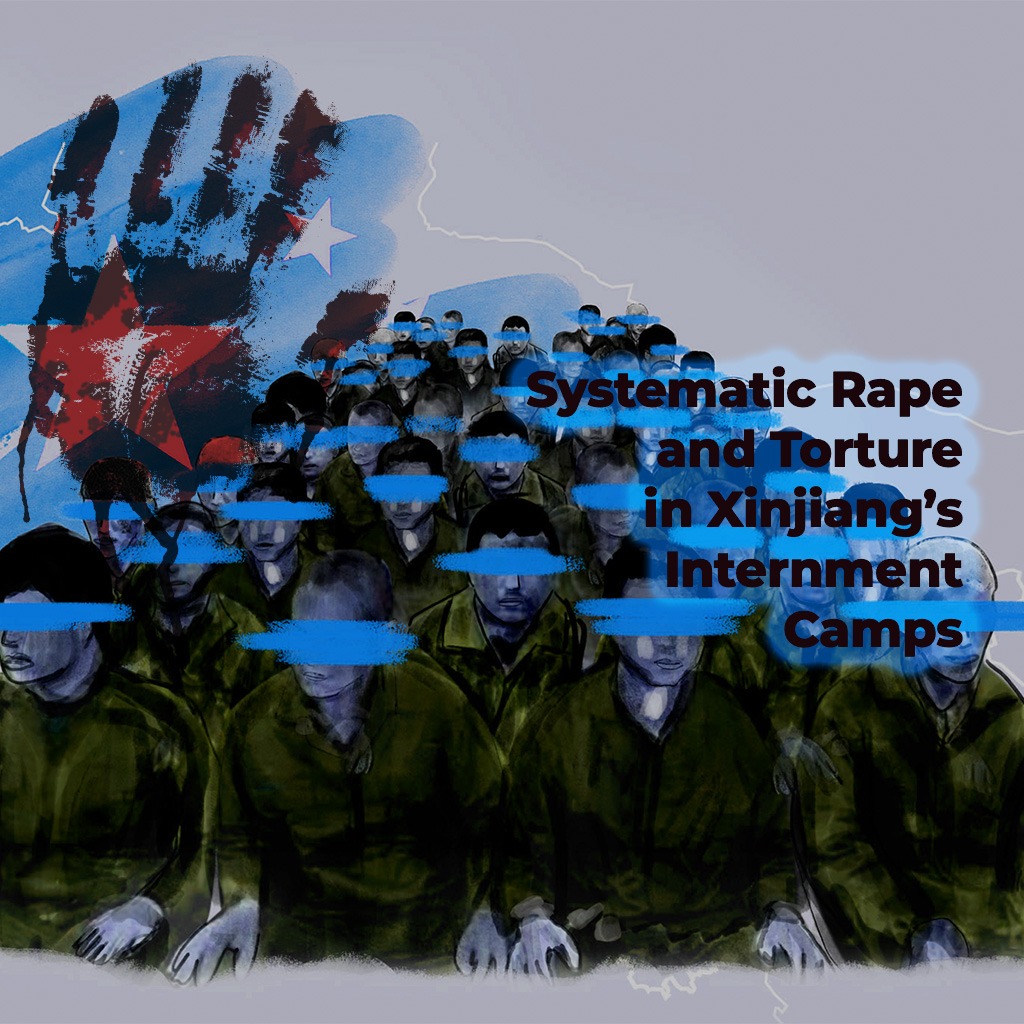 According to the new detailed reports obtained from the BBC, women in China’s so-called ‘‘re-education” camps have been systematically raped, tortured, and sexually abused. The victims told the BBC that they had experienced and seen evidence of organized system of mass rape, sexual abuse, and torture.

What are Xinjiang’s internment camps?

Xinjiang’s internment camps are facilities designed to detain and brainwash Uighurs and other predominantly Muslim minorities. The camps, in which inhumane and arbitrary treatments have been conducting, were built to prevent Uighurs and Muslim minorities from performing their religious and cultural activities. They were first established under the administration of the current President of the People’s Republic of China, Xin Jinping; and currently are being operated by Chen Quanguo, the Chinese Communist Party’s committee secretary of the Xinjiang region. Analysts claim that the policy against the Uighurs conducted directly from Xin Jinping. According to the information leaked to the New York Times, after a separatist attack in 2014, he ordered the local officials to ”respond with no mercy”. Camps are officially called ”Vocational Education and Training Centers” by the Government of China, yet the facilities are surrounded by high guarding towers and barbed wires like no other educational institution.

In 2019, researcher Adrian Zenz, a leading expert on China’s policies in Xinjiang, estimated that the number of the so-called ”re-education” camps exceeds 1,000 in the region. Apart from the increase in the number of the camps, there is also a remarkable enlargement in the territorial extent of them. According to some independent predictions, more than a million Uighurs and other predominantly Muslim minorities have been detained in the camps located in China’s western region of Xinjiang.

Rape has become a culture in Xinjiang’s internment camps

China announces that the internment camps exist for the “re-education” and the de-radicalization of the Uighurs and other minorities. The story is, however, completely different for the detainees and the victims. Even though the first-hand narratives from the internment camps are scarce, several former detainees and a guard talked to the BBC about the systematic rape and torture.

“They don’t only rape but also bite all over your body, you don’t know if they are human or animal.”

One of the former captives ”Ursunay Ziawadun” verifies the satellite images of the so-called ”re-education” camp in which she had been detained. Based on the information she gave, the internment camp is positioned in Xinyuan county. According to what she said to the BBC, she had spent nine months in a cell with 13 other women, had been gang-raped and tortured three times in the same facility. She told the interviewers that she was taken away from her room and barbarically raped and tortured by three masked men in a place called ”dark room”. They pushed batons which were shocked with electricity into her genital tract. She said, “They don’t only rape but also bite all over your body, you don’t know if they are human or animal.” She further stated that she was not the only one that experienced rape and torture, ”women were removed from the cells ”every night” and raped by one or more masked men”. She added that some women who had been taken away from the cells at night were never returned.

Ziawadun also witnessed a horrifying case of sterilization of a woman who was in her 20s. She is not the only one who has encountered an instance of the Chinese Government’s birth control policy in Xinjiang. According to an investigation conducted by the ”Associated Press”, China spends hundreds of millions of dollars to cut the births of Uighurs while encouraging the Han majority to have more children. IUDs, abortion, and sterilization are some of the methods used by Chinese authorities. Xinjiang region was one of the fastest-growing regions in China but in the last few years with the effect of birth control policy, it has become one of the slowest. The birth control policy in Xinjiang is called ‘‘Demographic Genocide” by some experts.

Compulsory short haircuts, unexplained medical tests, continuous injection of a vaccine causing numbness and nausea were some of the other inhumane treatments that Ziawadun either witnessed or experienced during her detention. After nine months of captivity, she was eventually released with the others who had relatives or spouses in Kazakhistan. The state gave her passport back. She had first fled to Kazakhistan, and then her safe refuge in the U.S was approved. She now lives in a quiet neighborhood in Washington D.C.

Another interviewee was Gulzira Auelkhan, a Kazakh woman who spent 18 months in China’s network of internment camps. She stated that they forced her to strip Uighur women and handcuff them so they could not move when they were alone with Chinese men. ”The Chinese men would pay money to have their pick of the prettiest young inmates” she said.

Qelbinur Sedika, a former language teacher from one of the internment camps in Xinjiang, claimed that in one of her conversations with a camp policewoman, she asked if there are any rape cases in the camps. The answer was rather shocking. The policewoman said that ”Yes, rape has become a culture. It is gang rape and the Chinese police not only rape them but also electrocute them. They are subject to horrific torture.” Another teacher Sayragul Sauytbay who forcibly worked in the internment camps also told the BBC that she witnessed a public gang-rape of a 20 or 21-year-old girl. ‘The police took turns to rape her,” she said.

The BBC also interviewed a former camp guard alongside the teachers and the detainees. According to what he said to the BBC, He did not witness any sort of rape during the time he worked but he acknowledged the usage of the electric batons and some punishment methods used by camp guards. One of his observations was quite supportive “I entered those camps. I took detainees into those camps, I saw those sick, miserable people. They definitely experienced various types of torture. I am sure about that.”

There may be up to 3 million Uighurs and other minorities in the concentration camps of Xinjiang. It seems unlikely that the people detained in these camps would ever escape from there without losing their personal and ethnic values. Considering the accounts of the former captives and employees, there is no doubt that ”their goal is to destroy everyone” just like Tursunay Ziawadun said.