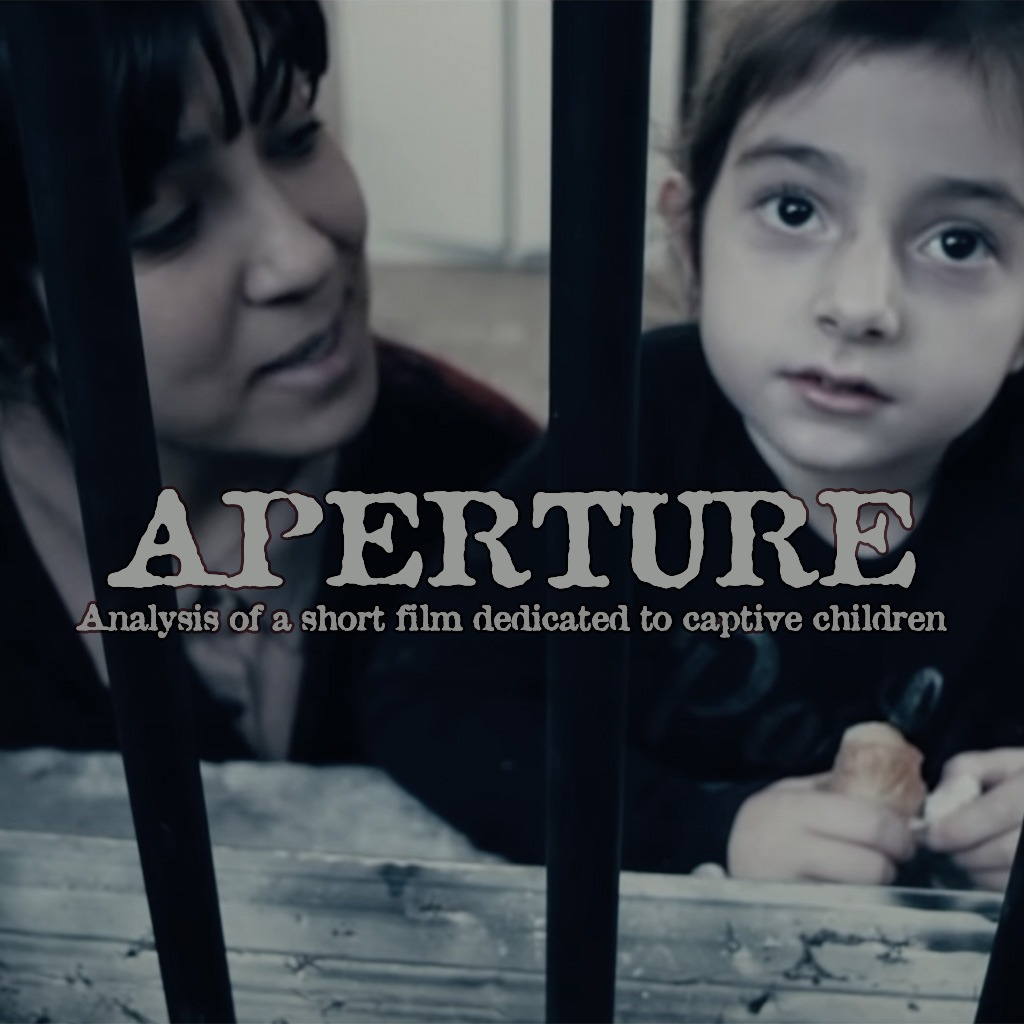 APERTURE – Analysis of a short film dedicated to captive children

About 780 children aged from 0 to 6 are currently in prison with their mothers in Turkey. Although this is a black mark for Turkey, just a few people care about this problem in the country. Here is Director Erdal Dizman, who is trying to raise awareness on this present situation, one of these few people. Think of a child in prison with his/her mother. This is something that potentially affects anyone hearing it even just once. He, Mr Dizman , has been witnessing these kind of stories putting him under severe psychological stress while making movies. Story writing must have become a truly exhausting process for him.

Aperture begins with the title ‘Dedicated to the captive children’ in the middle of the screen. An icy window and a ward behind bars appear on a cold winter day. Then we see inside the ward from reverse angle. The small ward has cold color and old weathered walls. There are two chairs, a rug, a single bed and a table inside. Two wardrobes, which we see later at different camera angles, are next to the wall. I could not help but asked myself “How can a human being live here?” as soon as I saw the ward. Then we see little Elif trying to play games despite the poor conditions she is in. She has neither enough place to play nor toys to play with. While her mother is tidying up the little ward, suddenly we hear the clanging of the food cart. The guard calls out to the little girl for food and a metal bowl has been offered to them through a metal door. Every single minute is fearful and soulless which makes it an unbearable period. This is something very difficult even for an adult. How can a child deal with this?

There were many touching scenes in the movie. For example, the mother wants to go to doctor because she runs out of medicine. The guard ignores her request arbitrarily by just saying “I’m busy” despite the desperate need of medicine the mother has. In the next scene, while Elif and her mother are eating their meal they hear a high-pitched scream coming from one of the other wards. They are both scared and wait a couple of seconds for the scream to cease. Since it keeps being heard, the mother has eventually no choice other than closing the window. Otherwise this scream would have had a great impact on their sanity, especially on that of Elif. In the following scene mother goes to doctor with her little girl. But the guard forces Elif to return to her ward. After the scream they heard on the previous day, Elif is thinking that her mother would be maltreated. She also fears of having been left alone. She then sits on the ground and daydreams while gazing at ventilation fan. She imagines the ventilation fan as if it were a windmill toy. Then she thinks of happy children playing several games. She starts to play games by herself in her ward under the dim light leaking through the propeller by imagining these happy scenes in her mind. Then she suddenly stops, music gradually slows down and eventually completely muted. We hear again Elif’s high-pitched and constant scream which then becomes a siren. At this precise moment the kids playing outside seem as if they saw Elif. Their happy faces have turned into scared faces. They look as if they had witnessed a murder committed by a raving lunatic. They look at Elif dully, fearfully, angrily but more importantly desperately. On what ground a child could possibly be held in prison, they think.

My analogies may sound a bit extreme to you. But the movie had a great impact on my psychology leading me looking at screen dully for a long time. I felt like having witnessed a murder. Maybe there is much more to be said. The inhumane conditions they were in, especially things that Elif has gone through as a child in that ward made me feel that way. I have to say that still Elif’s screams keep ringing in my mind.

During the last years, with the development of technology we have witnessed so many debates on the artificial intelligence’s influence to the…